How does dogs’ sense of smell work?

This post is dedicated to those who want to know more about your furry friends. The dog’s sense of smell is a whole new world. From now on, after discovering this information, you will surely enjoy the walks with your furry friend more, as they will become more enigmatic and fun with them.

Dr. Horowitz, professor of Cognitive Science and director of the Laboratory of Canine Cognition at Barnard University, is the author of Being a dog, where she talks at length about how the sense of smell works. One of the interesting points that stands out is that “There are many ways to sniff and the human method is not the best”. After much research work based on sniffing, it was found that humans have almost six million olfactory receptors, while dogs have three hundred million. In addition, we sniff once per second and a half, and our dog friends 5 to 10 times per second.

These are not the only differences between our noses. Dogs and several other animals have a second very sensitive olfactory system, the OVN, (vomeronasal organ), which causes that, in addition to collecting odors in the air, they can detect, licking, even molecules that have been absorbed into a tissue. They analyze a smell in detail, they enjoy it more than we do, that’s why they get so close every time they are intrigued by an object or person

Many odors are disgusting to us, but for dogs, according to Dr. Horowitz, “there is no receptor for ‘noxious odor’ in the dog’s brain,” she added. “But they seem to be particularly interested in wallowing in smells that we find unpleasant and disgusting.”

As a tip, enjoy the walks you take with your furry friend, let them be dogs, smell them and stay there as long as they want. This will help you understand them and create a stronger bond with them. 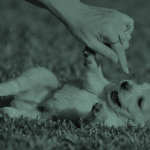 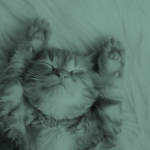