International cat day is celebrated on February 20th, but if we start to investigate a little we will discover that there are many days in which cat day is also celebrated. Why then do we consider February 20th as the official international day? Because there is a story behind, and a good story always leads to special and meaningful dates.

There have been many famous cats throughout history: Puss in Boots, Sylvester and many more. But this day in particular pays homage to the death of a very special kitten, and this cat is no more and no less than the cat adopted by the daughter of Bill Clinton, former president of the United States in the 90s.

This kitten went from the street to become the cat with the most luxurious life in the world, as it was the only animal that walked peacefully through the White House. It responded to the name of Socks because of the white hair that covered his little paws. He was a very well-loved cat by the American people and died of cancer at the age of 20. 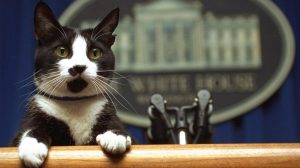 Although it is not an officially established date, social networks have ended up coining February 20th as the international cat day becoming trending topic all over the world.

Felines are exceptional beings, with qualities worthy of admiration. They can also become man’s best friend, and although there are many jokes about the “evil” and independence of cats, from here we defend that he who does not love them, it is because he has not had the opportunity to meet any.

We commemorate this wonderful February 20th, where we celebrate that it is international cat day, and we join this celebration with claws and teeth to commemorate how amazing, funny and unique each of them is. 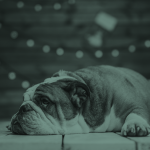