Both sterilization and feline castration are surgical operations by which it is intended to avoid unwanted litters, since there are many animals that end up living in the streets, and many others end up sacrificed because they have not been found a home. Apart from avoiding overpopulation, this has several advantages such as providing a longer and healthier life. It is definitely a responsible and economically profitable decision.

We know that people who crossbreed their pets have good intentions and think they will find a proper home for each puppy. Nevertheless, and unfortunately, it is much more complicated than it seems and in the worst case scenario, they end up abandoned or dead.

In recent decades, some myths have emerged about spaying and neutering about which we are going to tell you. But first, it is important that we know what each of them consists of, as they are often confused. As owners, it is time to know the differences. In addition, it is always advisable to discuss the different alternatives with your veterinarian in order to make the most responsible decision for you and your pet.

In the case of sterilization the sexual behavior of our pet is intact, and with castration the absence of sexual activity is achieved. Currently, surgical techniques allow sterilization to be a non-invasive procedure. The pets recover in 24-48 hours, post-operative cures are minimal and they will return to their daily routine in a very short time. 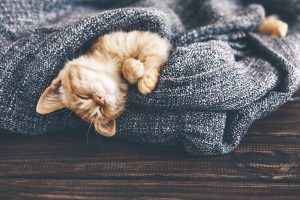 Myths about sterilization FAADA tells us in their campaign I am responsible:

Pet sterilization does not predispose them to obesity. It is necessary for the pet to continue with the same lifestyle, according to their age, sex, size and to do enough physical activity. As long as the animal has activity, it will not gain weight, as there are also specific feed for sterilized pets on the market.

It is false that dog or cat females have to breed once in a lifetime to stay healthy. There is no conscious relationship with reproduction as a necessary part of their well-being. Their sexuality is different from that of humans and is totally dictated by hormones, so they will not present emotions such as frustration or the desire to have pups at a conscious level. If the surgery is done before the first heat, the chances of having a breast cancer are almost zero. On the other hand, if it is done after the first heat, the possibilities increase up to 7%, and up to 25% if it is done after the second heat. 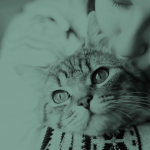 Why should you sterilize your cat?bravery philosophy, cats, dogs, responsible possession 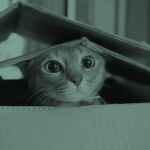